Customer Service: When will they ever learn? 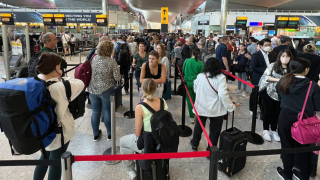 It was a day when the words of the old song came to mind! The lesson began when I read that, after the 9/11 attack on the twin towers, “The more workers an airline laid off, the longer it took for their customers to return.”  (Rick Frazier interview in “Firms of Endearment.”)  I was particularly struck by the impact on customers. The effect on profits you might have anticipated, but not the effect on customers.

The lesson was reinforced when I watched the evening news with all the reports on the chaos being caused by cancelled flights. The reports claimed that the root cause of the problem was the difficulty in replacing employees who had been laid off during the Covid pandemic. Many might simply ascribe the situation to the “law of unintended consequences.” I would, however, ascribe it to the failure to properly value employees.

When you regard people exclusively as costs it is inevitable to look to reduce headcount as soon as times get tough. After all business schools have driven home the need to maximise shareholder returns. Thus the entire focus of the organisation centres on this, creating and cementing a short-term outlook. So, no thought is ever given to the value that is being lost when people are being made redundant – despite claims that “people are our greatest asset.”

The correlation with customer service was, however, reinforced by an item about a cancelled flight where the people were already on board their plane! That is bad enough, but when interviewed afterwards, they claimed their whole experience was exacerbated by being left sitting on the plane with no communication and no-one telling them what was happening. Disgraceful!

Yet, this is made even worse when the airline involved has adopted slogans like “The world’s favourite airline”; “We’ll take more care of you”; “The way to fly” and most recently – and ironic in the circumstances – “You make us fly.” Apparently not!

I have long argued the case for operating corporations more as organisms and was chuffed to find this thinking confirmed by Firms of Endearment: How World-Class Companies Profit from Passion and Purpose by  Rajendra Sisodia, David Wolfe and Jagdish Sheth. They say “Biological organisms can only be understood in the context of their relationships in their ecosystems. It is the same with business organisations. Their true nature is revealed only in the dynamic relationships they have with members of all stakeholder groups.” This airline clearly does not have a dynamic relationship with its stakeholders. This report clearly suggests a poor relationship with customers, possibly attributable to a bad relationship with its employees.  This is borne out by the threat of strikes which were only recently averted. And if a company doesn’t have a dynamic relationship with its employees it is unlikely to have one with any of its other stakeholders. Clearly this airline doesn’t understand its true nature as an organism or the ecosystem in which it operates.

This gloomy situation appears to be a stark contrast to that in which Southwest Airlines finds itself post pandemic. Historically the world’s most successful airline, it opened 14 new airports in 2021 and is reporting profits again after significant losses during the pandemic. This is largely attributable to the post 9/11 policy of having no involuntary redundancies. The care the company showed its employees has ensured their ongoing enthusiasm, and despite all the difficulties the industry experienced, the company has bounced right back. It does not appear to be suffering from anything like the after effects of the airline in our example.  It truly seems that some people never learn.

If you like what you have read contact me today to explore how my ‘Every Individual Matters Model' could help you transform your business into more of a biological organism with dynamic relationships with all your stakeholders. Break though logjams that are inhibiting your operations by learning how to value your people and create an organic culture of employee engagement where the business becomes our business, embedding continuous improvement that engenders – and sustains – organic business performance.