Home Archives Profile Subscribe
Securing the Successful Future of Your Organisation
If “No Man is an Island”, then “Every Individual Matters!”

The New Need to Build a Better Business Model

You couldn’t have made it up! In a world where the excesses of business have fuelled strong – sometimes violent – protests against capitalism and corporate malfeasance, Donald Trump won the US election because he was perceived as a businessman! Despite the onslaught of attacks on his personal character and his suitability for the role, he became the first man in history to become US President without any military or political experience whatsoever, because of his business credentials and the hope that this would enable him to bring about change.

This is like giving your most vociferous, disgruntled customer, who knows nothing about the ins and outs of your operations, control over your entire organisation, albeit on a far grander scale. You can imagine how concerned your other stakeholders would be if you were to do that. So it is hardly surprising that Trump’s election is causing consternation and creating a backlash. Inevitably people are taking stock of the implications and wondering how it is going to affect them.

Yet, in all the post-election reflection, there is one aspect that does not appear to have been considered in any great depth. And it is one that, perhaps, warrants the greatest thought: “What are the implications for business?” Without any doubt they are significant.

Voting for a businessman is a tacit recognition of the significant role of business in the economy. As such, it makes sense. But, for those concerned about the political and economic clout of big business, it is tantamount to putting the poacher in charge of the game, and means, metaphorically, holding their noses to do so. As such it is an indication of how extremely disgruntled they are. Consequently, if changes aren’t forthcoming, or if there is no improvement in living standards, the next step may well be revolution. That would be bad for business and puts pressure on business to change – and quickly.

Unfortunately, Trump’s record as a businessman does not show him to be an innovator. Nor did his campaign do anything to suggest otherwise. Thus, miraculous though powers of persuasion seem to be, he is unlikely, even as President, to affect the necessary changes to avoid revolution. We are already close, with the protests, strikes and riots that are proliferating around the world. It therefore seems clear that business itself needs to step up to the plate urgently, take the lead and change its modus operandi. 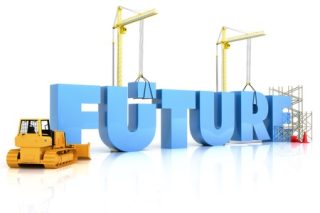 Of course this is not a new cry. Leading thinkers like Gary Hamel have been calling for a new approach to business for the past couple of decades. Yet there seems to have been remarkably little progress. Now, however, it is becoming urgent and self-interest demands it.

Fortunately, despite everything, it isn’t really as difficult as it seems. Ultimately, it boils down to recognising the humanity of people and the role they play in organisations. When organisations accept that ‘Every Individual Matters’ they will emancipate, empower and engage their employees more; creating a happier, more productive workplace with an environment that meets both the individual’s and the organisation’s needs and shapes a better society.

But it all begins with you recognising that ‘Every Individual Matters.’

If you like what you have read contact me today to discuss how my ‘Every Individual Matters’ Model could provide the catalyst to help you create a culture in which everyone cares and the business becomes our business, embedding improvement that transforms – and sustains – organisational performance.