Last week I wrote about The Golden and Platinum Rules in the context of Customer Experience. Today I want to discuss them in the broader context of human relations before, once again, narrowing the perspective and looking specifically at their role in the workplace. But, first let’s ensure a common starting point.

This makes The Platinum Rule seem like the ‘new, improved’ version. Yet, as I previously pointed out, it has a major flaw: In order to apply it you must know what the other person wants. This may, as some argue, make it useful for improving customer experience, but it isn’t all that practical for more general human relations. The Golden Rule – when properly applied – is a far better option.

The caveat may seem significant. If you are cynical, you may argue that “The Golden Rule is impractical and outdated, because no one adheres to it any more.  So there is a need for the ‘new improved’ version.” That, however, is dubious logic, for people breaking rules doesn’t automatically invalidate the rules. The fact is that The Golden Rule has governed all that is best in human relations for millennia. You could even go so far as to argue that the increasing disregard for this rule is a root cause of the chaos, disorder and decline that seems so prevalent in the world today. For instance, would the Middle-East be the political hotspot it is if people adhered to The Golden Rule?

If you think about it, The Golden Rule is actually more of a moral code, intended to help us fulfil our obligations to our fellow man. As human beings cannot survive on their own, this makes it integral to our survival.  As such it is critically important in all human relations. All human rights and our basic humanity ultimately stem from this important moral code.

The Platinum Rule, admirable though it may appear to be, doesn’t come close to replicating this moral relevance. It cannot, simply because more often than not you don’t know precisely what the other person wants. You might guess but that give you at least a 50/50 chance of being wrong. This risks causing embarrassment and possibly even stress. Thus it becomes easier not to even try.

Let’s look at a small, perhaps silly, example. A feminist might object to me holding the door open for her, arguing that she is quite capable of doing it for herself. True, but I don’t just hold open doors for women. I generally hold them open for other men too. So, when she snaps at me for opening the door for her, and sees it as a slight, she embarrasses me and I stop doing it. I still think I ought to and there may be times when I should. The net result is I now feel awkward, confused, and uncomfortable. All our feminist has done is contribute to a lowering of standards, whereby manners fly out of the window and everyone ends up simply looking out for themselves.

Doing things for other people makes us feel good. It is part of that survival mechanism. So taking that away is bad for our personal well-being. Worse than that is the horseshoe nail effect. When we don’t feel good about ourselves we become more stressed, which negatively effects both our health and our behaviour. Consequently the ill-effects spread into the community as a whole. We become an uncaring society, where our moral, ethical and social structures start breaking down too.

Human relations are difficult enough. Trying to always meet others’ expectations is hard and may not always be achievable – especially if it entails undesirable personal effort or sacrifice. The Golden Rule provides a common humanitarian basis for behaviour, with a reciprocity that makes failure more tolerable and more forgivable. So we ought to work harder to get that right, rather than putting more pressure on ourselves through excessive expectations. The need is for greater application and adherence to The Golden Rule, rather than seeking ‘new, improved’ versions of something that has stood the test of time. We should be looking at greater application of The Golden Rule for all aspects of human governance; for social, political and economic regulation. And, as the key driver of social, political and economic well-being, the workplace is a good place to start.

Perhaps you are baulk at the idea of The Golden Rule in the workplace and think it sounds naïve and nice-to-have and of no commercial value. If so, or you agree with Milton Friedman and simply think, “The business of business is doing business,” I would ask you to stop for a moment to reconsider. My friend Alexander Kjerulf has an interesting blog challenging Friedman’s philosophy which I would encourage you to read, but for me it is more fundamental than that. It boils down to the inescapable fact that any organisation is a place of collaboration. It exists to benefit all its stakeholders – customers and clients, investors, employees, suppliers alike. These are ultimately all human beings. This makes human governance key to optimising success.

Optimum success is an equilibrium state where all stakeholder interests are met without favouring or disadvantaging any other. This is only achievable if you think of The Golden Rule as “Doing your work in the way that you wish everyone would do their work.” Anything else necessitates constant readjustment, realignment and even rework that is costly and unproductive. 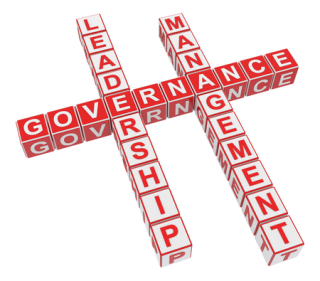 Think about it at the individual level. We all want to do work that is satisfying, rewarding and makes a difference. And to be allowed to do it without interference but with help and support when we need it. Acknowledging The Golden Rule in this way recognises and addresses that common humanity, and lays the philosophical foundation for success.

Yet this is something that is rarely recognised, even by HR, (who are – or should be – ultimately responsible for human governance or the value added by people) or in employee engagement initiatives, which are nearly always top-down. This can only be detrimental, organisationally debilitating and ultimately unproductive. You can never expect engaged employees while you continue to say that “they are your most important asset” and persist in treating them as a cost. Would you like to be treated as a cost? So then, why treat your employees as nothing but a cost, to be eliminated by every means possible?

By starting with the concept of your employees really being assets and crucial to your success, the ‘Every Individual Matters’ Model brings The Golden Rule to the fore. It embeds it into every interaction, negates any need for The Platinum Rule and shapes, secures and sustains your success.

If you like what you have read contact me today for a free 30 minute conversation about how my ‘Every Individual Matters’ Model can provide the catalyst to help you create an organisational culture of ‘Love at Work’ : one where everyone cares and the business becomes our business, so embracing change and transforming – and sustaining – organisational performance.