Addressing and Mastering “The Issue of Our Time”

“It's happening. In the last three weeks alone, Foxconn announced it will replace 60,000 factory workers with robots, a former CEO of McDonald’s said given rising wages, the same would happen throughout their franchises, Walmart announced plans to start testing drones in its warehouses, and Elon Musk predicted fully autonomous car technology would arrive within two years. 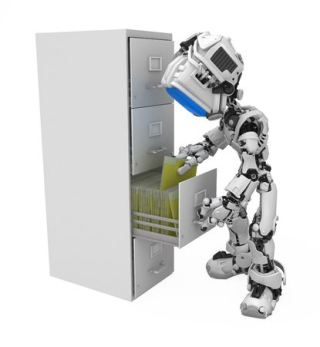 Whether it's worker displacement, the skills gap, youth unemployment, or socio-economic stratification, the impact on society will be staggering. I’ve said it on multiple occasions and believe it even more so every day: creating economic opportunity will be the defining issue of our time.”

Those are the words of Jeff Weiner, CEO of LinkedIn, taken from his publication of his email to all LinkedIn employees announcing the company’s acquisition by Microsoft. Like Weiner, I am concerned about the proliferation of artificial intelligence (AI) and its implications. Thus I am delighted by his recognition of the phenomenon and its impact. It is undoubtedly the defining issue of our time, not only because of the need to create economic opportunity but because of the dangers inherent in failing to do so effectively.

Continue reading "Addressing and Mastering “The Issue of Our Time” " » Change is not an unnatural phenomenon. On the contrary, it is entirely natural. Life is all about change. Evolution itself is a process of continuous change. Our emergence from primordial mud reveals a permanent push for progress, and, for humans as a species, that drive persists. Continuous improvement is not the organisational phenomenon that we have come to associate with the term. It is the fundamental law of life. It permeates everything we do.

So why do we have so much trouble dealing with change?

Mastering “The Paradox of Being Human”

The whole conundrum around the struggle between selfishness and selflessness, with its biological roots – or what Simon Sinek calls “The Paradox of Being Human” – gives us so much more to ponder than just the innate conflict between individual and organisational objectives for which I proposed a solution last week.  The biology – summarised again in the table below – is also significant because it suggests happiness or satisfaction is situational and is therefore transient, which implies that “the pursuit of happiness” is a futile exercise: at best a fleeting goal.

Continue reading "Mastering “The Paradox of Being Human” " »

“The Paradox of Being Human” and Its Implications in Organisations

“The Paradox of Being Human” is how Simon Sinek refers to life’s constant conflict between selfishness and selflessness: between “me” and “we.” We spend our lives vacillating between the two perspectives; zigging towards our own wants and zagging towards pleasing others. Yet our survival depends on our ability to juggle these opposite, apparently mutually-exclusive, demands. And always has.

So much so that, as I wrote last week, humans are biologically programmed for it. The table below illustrates the paradox and provides a succinct summary of this biological balancing.

In his book, “Leaders Eat Last,” Simon Sinek expounds on how the human species has been biologically programmed for survival. He describes the chemical stimulants that the body produces under different circumstances. He identifies 6 different chemical reactions and the situations in which they are produced. These are, briefly, as follows: