You likely heard the news late last week that the Shell share price rose 7% in response to the news that the company was cutting 10,000 jobs. So, what was your reaction?

I wager it hardly made any impression on you. Yet that report encapsulates the pervasive attitude that people are simply a resource, and reinforces my case that the HR profession needs to change its approach. Let’s take a look how it could go about this.

Stalin is reputed to have said, “The death of one man is a tragedy. The death of millions is a statistic.” Whether he did or not, it is a profound statement and one that now seems to be as apt for the loss of livelihoods as it is for the loss of lives. We have become inured to and blasé about redundancies; to the point of accepting them as an inevitable part of running a business. Of course there may be times when there is no other option, but business leaders do seem too over-rely on layoffs.

This is what Simon Sinek is alluding to in “Leaders Eat Last”, when he writes about increasing scale making things more abstract. Business leaders of large organisations become too removed from their employees to consider them as anything more than a statistic. They would find redundancies much more difficult if they knew the people they were dispensing with, and might then be far less likely to do so. And HR has been complicit in allowing this to happen. 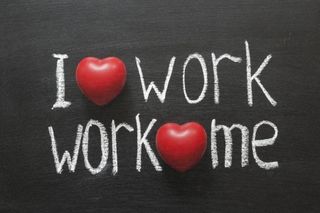 The issue here is not one of socialism vs capitalism but rather one of economics. Studies show that organisations that take more care of their people outperform all their competitors by a considerable margin. South Western Airlines has been the only airline to have been consistently profitable since it was founded and Sinek opens eyes with his comparison between Costco and GE. The former, where founder James Sinegal made people his priority yielded a return of nearly 1200% between being listed in 1986 and October 2013 while GE, more famous for its “rank-and-yank” approach yielded a return of 600% over the same period. (Note: This period included the difficult trading conditions following The Great Recession.)

As the market response to the Shell announcement indicates, a key factor here is that analysts – and hence the markets they help shape – are fixated on results and consequently short-term rather than longer term action. This ultimately isn’t in the best interests of anybody, least of all the poor souls who lose their livelihoods and the families affected. And, if HR has been complicit in allowing this to happen, it is imperative that it takes a lead in ending it.

Unsurprisingly, this begins with creating and implementing a culture that puts people first; built on the principle that “Customers will never love a company until the employees love it first” (Simon Sinek) – a message that should be easy to sell to the Board.  Once that is done the next steps are to:

The first of these can be relatively easily achieved by reducing the number and importance of personal performance measures and the imperative of achieving them at all costs. The second is not quite so easy, but can be relatively simply achieved by creating a common purpose and a culture that shares and celebrates success. The third is largely a by-product of the first two but can be specifically addressed by reducing the threat of job-losses for anything but criminal or wilful negligence.

Ideally these will all be part and parcel of your ongoing employee engagement efforts. If not, it is unlikely that those efforts will deliver the results you are aiming for. You need to incorporate them specifically. If you are still unclear or unsure how to go about this, please contact me, because my ‘Every Individual Matters’ Model provides a catalyst for achieving all these objectives.

Contact me today for a free 30 minute conversation about how my ‘Every Individual Matters’ model can help you create an organisational culture that embraces change and transforms – and sustains – organisational performance.