Home Archives Profile Subscribe
How is Your Brand?
How effective is your incentive remuneration, really? 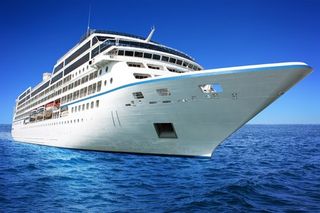 I don’t know why. It is not a column I normally read. But somehow my eye was drawn to the report of a man who booked a cruise 18 months ahead, paying a significant (+/-20%, four figure) deposit. Unfortunately he suddenly died a few weeks later. So his daughter asked for this money to be refunded. Her request was refused. The managing director of the cruise company, no less, wrote to her saying, “With our guest demographic, we are all too regularly presented with requests for refund payments due to illness or a sad loss, all of which should be claimed by travel insurance.”

I struggled with this. The whole scenario suggested that the company puts revenue before customer experience. With the MD’s own words indicating that the “guest demographic” makes this a regular occurrence, you have to ask how much of the company’s profits result from this dubious practice of deriving revenue without providing any correlative service. Such justification seems unethical or morally bankrupt. It seems to illustrate a fine line between legal and ‘legitimate’: the decision may have been legitimate but was it is legal? I needed to think more.

The basic principle that underpins the law of sale is the agreement to provide a product or service in return for payment. If, for any reason the contract cannot be fulfilled, the law prescribes that each party should be restored to the state they were in prior to the contract, or as close to it as is possible, with neither being advantaged at the expense of the other.

Accordingly, in this case, the cruise company would be legally obliged to refund the money unless it could prove it had incurred costs of its own as a result of the non-fulfilment of the deal.  When able to demonstrate this, it is entitled to deduct those costs from the refund due.  But, the cruise company has clearly not suffered any significant consequences as a result of the buyer’s misfortune, especially in light of the timing and the fact that it had more than a year to make good the loss of the sale. Thus, under common law, the cruise company’s refusal would be illegal.

The refusal is made legal or “legitimate”, however, by the contract terms specifying that the buyer take out travel insurance to cover the risk of being unable to travel at the agreed date. Ultimately, the company – representative of the travel industry as a whole – has transferred its risk entirely to the travel insurance industry, thus:

Nevertheless, you can reasonably argue that this nothing more than the market in operation. In any case, travellers in this demographic would be wise to always purchase travel insurance – especially if they travel regularly, as many do.

While the terms of the contract make any debate entirely academic, under common law, if the deceased had not taken out travel insurance, his estate is effectively disadvantaged and legally would be entitled to a refund.  Thus, at the very least, I would still like to think that the MD would only refuse to refund any deposit once he had established that the heirs were entitled to compensation under a valid travel policy. At the end of the day, it is surely the morally right thing to do. Isn’t it?

Perhaps it is the blurring of these lines that end up giving us the ethical issues that are clearly evidenced in the VW and other scandals?  Even if you disagree, there are other considerations. Would you like to be a customer of this business? Would you be proud to work there? You certainly can’t build employee engagement if you cannot instil a sense of pride in the organisation in your employees. At a time when trust is being trumpeted more than ever before decisions like this do not seem to be good business. What do you think?

Contact me today for a free 30 minute conversation about how my ‘Every Individual Matters’ model can help you create an organisational culture that embraces change and transforms – and sustains – organisational performance.

Bay is the founder and director of Zealise, and the creator of the ‘Every Individual Matters’ organisational culture model that helps transform organisational performance and bottom-line results. Bay is also the author of several books, including “Lean Organisations Need FAT People” and “The 7 Deadly Toxins of Employee Engagement.”

Outstanding article. That has compelled me to respond.
It may be legal, but it is certainly not moral or "doing-the-right-thing". Research from LRN, Boston Consulting Group, and USC Center for Organizational Effectiveness has shown that to build and sustain a high performing organizational culture requires high trust which creates greater risk-taking that delivers more creativity & innovation that achieves greater financial performance.
This cruise line company is operating with a 20th Century command & control mindset driven by carrot & stick motivators. Why would top performing individuals want to work or stay at a firm such as this? A company values what it measures and this cruise line values financials and the investors over customers, employees, and other key stakeholders.
This organizational mindset is no longer a sustainable business model because we live in an interconnected and transparent world. For-profit business leaders and their accounting minions have been very good at measuring how much? Business leaders must confront financial performance, but it is a result people who competent, character-led, good intent, and proactive in their actions. How we connect, collaborate, engender trust, deepen loyalties, keep promises, and earn relationship capital is now the source of sustainable success.
I would make a bet that without a major change in leadership and organizational culture, this cruise line is on the road toward insignificance.