“You don’t achieve by yourself.” Wow! That statement by Ashley Banjo certainly struck a chord. (Sorry!) It simplified, and so brought a whole new light, to something I have said myself.

If, like me, you have no idea of who Ashley Banjo is, let me share my enlightenment. He is the leader of the dance group, “Diversity” who were the 2009 winners of “Britain’s Got Talent.” I encountered Ashley earlier this week when he was a key “conversationalist” at a conference on people, innovation and conversation. I had seen his name on the promotional material and, quite frankly, had simply discounted him as someone to appeal to the younger members of the audience and/or to give the day more diversity. (Sorry again; I don’t seem to be able to avoid the puns today!) I certainly didn’t expect much from his session.

What a mistake! Out of a group of several high-calibre people with awe inspiring lifetime achievements, acclaim and recognition, his insights were the most inspiring of the day.

He described how he, at the age of nineteen, had been persuaded, against his own “better judgment”, to enter the contest. Accordingly he had approached the whole experience as a competition against themselves, aiming simply “to be the best they could possibly be.” This was perhaps just as well, because they soon found they were up against Susan Boyle, and really thought (along with half the country) that they had no chance of winning. Consequently it was a real surprise when Diversity were announced the winners.

But the story doesn’t end there. Six years later Diversity is still going strong. They have repeated their prize of appearing at the Royal Command Performance three times, and here is Ashley, still only 26 years old, but regularly addressing large business audiences. And inspiring them as he talks about messing up (failure) being an inevitable part of success. How many of us have dropped a dance partner in front of the Prime Minister and elite guests at 10 Downing Street?

Ashley boldly states his ambition to keep choreographing and dancing for another 20 years and to “leave a legacy.” That makes him no different to any other self-respecting business executive. And Ashley uses that vision to shape the future. He doesn’t plan in detail, but he ensures everything the group does fits with that long term vision and that "his people" are comfortable with what they are doing. This allows them to travel internationally while still practising 6 hours every day, as well as doing other things, like the TV shows “Got to Dance” and “Ashley Banjo’s Secret Street Crew.”

This last programme arose from Ashley’s conviction that “anyone can dance” and that it is only people’s own beliefs that stop them. He took people – including wheel chair athletes – and proved that they could, simply by helping overcome these beliefs and the ensuing self-doubt.

That is why, for me the statement, “Dream; Believe; Achieve” as a summary of his philosophy was the most profound, and inspiring, takeaway of the day. Truly an impressive young man. (I wish I had been as articulate, aware and self-confident when I was 26!)

But more than just an inspiring conversation, there were deep lessons here about prejudice with several examples of why it needs to be overcome.

So beware prejudice governing you and your actions. Even more importantly, ensure prejudice is not stifling your organisation. Make sure all your people have a clear vision of what you are trying to achieve and that they listen and help one another “to be the best they can be.” After all, isn’t that what personal fulfilment really is? And that is the best guarantee of organisational success.

Bay is the founder and director of Zealise, a company created to help larger small to large business organisations to properly value their people and thereby inspire them to optimise their self-worth and so engage them that they transform organisational performance and bottom-line results. Bay is also the author of several books, including “Lean Organisations Need FAT People” and “The 7 Deadly Toxins of Employee Engagement.”

Do not lose the personal touch!

They say moving house is one of the most stressful experiences of life, apart from birth, death and marriage. I can certainly vouch for that having just been through the experience after seventeen years in the same home. But there were definitely some experiences that were better than others.

Continue reading "Do not lose the personal touch! " »

How you may be undermining your own organisational success!

“Greatness is ultimately only extreme success.” Those words from my blog last week have stayed with me, perhaps because they make greatness less abstract and unattainable. Today I would like to explore this a little further.

Success is intrinsically the achievement of a purpose. This makes it naturally subjective. We all define it, strive for it and assess it differently, according to our own aspirations, abilities and actions. Thus, while any success can be great, you could say, at a higher level, that ‘greatness’ is more likely associated with an achievement of a purpose aspired to, or recognised by, many people. The more people that recognise the achievement the ‘greater’ it appears.

Continue reading "How you may be undermining your own organisational success! " »

Achieving Greatness: A Not Impossible Goal! 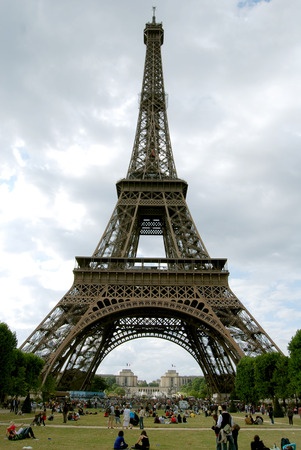 “One is too small a number to achieve greatness.” I just love this statement by Todd Duncan that I came across this week. How much more powerful it is than my more prosaic, “No individual achieves success solely through their own efforts.” Yet whether you prefer the poetic or the prosaic, the words highlight an important, fundamental truth.

For most of us “greatness” may just seem an elusive dream. But what if you substitute the word ‘success’ for ‘greatness’? After all, greatness is ultimately only extreme success.

“Of course, no-one likes change” How often have you heard that? It is a statement that is so frequently made that you would think it is a universal truth. But is it?