How to Escape the “War for Talent”

Are you familiar with the “War for Talent”? Worse still; are you caught up in it?  Recruiting and retaining people with the right skills to ensure, maintain and sustain the success of their business may be the number one concern of many CEOs. Only last week I read a headline, “70% of CEOs say they cannot find the right talent.”  Don’t you be drawn into this ‘phoney’ war.

The term “War for Talent” was coined by Steve Hankin of McKinsey and Company in 1997, which means it has been around for nearly 20 years now. That is certainly testament to the catchy headline it makes. Yet it referred only to a likelihood of an increasingly competitive landscape for recruiting and retaining people as employees. So what you need to ask is, “How likely is this scenario?”

Fundamentally, simply aimed to depict that the shift from industrial age to information age, already widely acknowledged and accepted concepts, would change the skills and talents employers would be seeking. Ultimately, this is nothing more than an updated version of what society experienced during the Industrial Revolution with the shift from farm to factory. So, in identifying the changing nature of work and the need for new skills, it certainly was valid and provided a useful wake-up call.

Yet to call it a “war” is to misrepresent the situation. During any transition you are likely to experience a shortage of skills. It takes time, effort and experience to develop the skills you need. Consequently, during a massive transformation like the one we are describing, the skill shortage is inevitable and significant. ‘War’, however, does not allude to development but rather destruction. It implies that the only way you will survive is to obtain these resources at the expense of your competitors. That cannot be right.

Similarly the use of the word talent is also misleading. We are not talking about a lack of talent, but rather a lack of ready skills. How can we be lacking talent in a world that has more people than ever before in history? You would logically conclude from “a lack of talent” that people today are less talented than they used to be. How ludicrous is that? 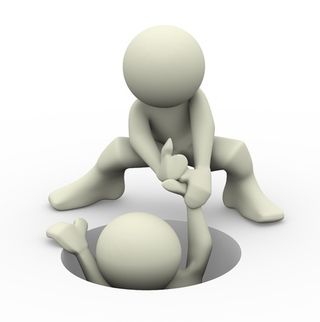 Consequently you need to stand up and refuse to be drawn into any “war for talent.” To escape you must see it for what it is – a shortage of skills! Your challenge is to develop your people so that they can acquire and apply the skills you seek. Talent only comes into it as a raw material. And, as I have already said, there cannot be less talent today than there was in the past. So stop waging war and start focussing your efforts on the core issue; developing your people so they have the skills you need and the environment in which they enjoy applying them.

Bay is the founder and director of Zealise, a company created to help larger small to large business organisations to properly value their people and thereby inspire them to optimise their self-worth and so engage them that they transform organisational performance and bottom-line results. Bay is also the author of several books, including “Lean Organisations Need FAT People” and “The 7 Deadly Toxins of Employee Engagement.”