Home Archives Profile Subscribe
Poor Customer Service: What is it with banks?
Light in dark times

Rigid rules and the bankruptcy of customer service

Just when I thought things couldn’t get any worse they did. Previously I described how my bank had rejected a payment to an overseas supplier whilst “charging” 6.65% for the transaction. When writing I fully expected the matter to be amicably resolved. I never for a moment believed they actually expected to get away with it. After all it is pure bank robbery, albeit an inversion of the normal sense of the term. Here you have a billion pound organisation extorting money from a small business simply because they believe they can get away with it. It seems that I was naïve and misguided and completely failed to recognise just what bullies banks are.

Let me remind you of the details. I logged on to internet banking and proceeded to make an international payment to our principle supplier. Using the same system with the same account details that I had used for my last payment to this supplier, I initiated the process following the usual steps. After completing the first part of the transaction I duly received the text message with the authorisation number necessary to finalise the payment and was able to proceed and log off without any warning whatsoever that things were amiss. I confirmed that all was okay by checking the account the next day to ensure the payment had processed, which it had.

It was only a week later that I spotted an unexpected credit on the account which turned out to be the reversal of that payment less the 6.65% difference. (I subsequently received a standard receipt notification of this “deposit.”) Accordingly I followed- up with the bank and was waiting the results of their investigation when I wrote my last post.

Well, on Friday, I received a call from Santander to tell me that:

How do you like them apples? Needless to say I didn’t and after vociferously and vainly pointing out that their systems were deficient and how ridiculous and unfair this was, I was left with no option but to formally complain. And now, 3 business days, later I am still awaiting those details.

Needless to say, I am extremely angry! There are several things about this whole scenario that really make my blood boil! 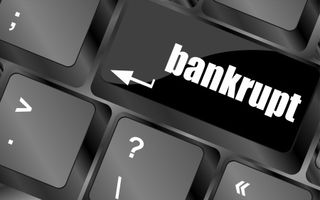 This may or may not be an indication of a serious malaise in our banking systems, but it is a clear indicator of how bankrupt their customer service is, despite management’s claims otherwise, and how customer service really stacks up against profits. They will ultimately learn, however, that this is not the way to build a sustainable business. Customers will inevitably fight back. I certainly am and I’m sure you would too.

So make sure you aren't operating like a bank with a bankrupt customer service approach!