Naked Nights: Diary of Customer Service on a Trip to Tunis (5)

My latest trip to Tunis was a marked contrast to my previous 3 which had all been uneventful and enjoyable. I have now shared, in some detail, my experiences during my most recent trip and so you have seen for yourself what made it so exceptional. There was more to this, however, than a self-indulgent rant. There are a number of explicit and implicit customer service lessons embedded in the experiences (as I hope you will have gathered from the titles.) So let’s take some time now to review them and discuss solutions that will ensure they don’t occur in your business to create service hell and undermine all your efforts to create an exceptional customer experience.

My journey to service hell began with the initial loss of my suitcase. It is hard to believe that it can happen at all in this day in age, when parcels can be tracked 24/7 at any stage in their delivery. It is even more difficult to understand when my suitcase did have a name and address label as well as the airline sticker. Yet, judging from the rush to the baggage claims and the number of unclaimed suitcases I saw in the baggage reclaim it is obviously happens more frequently than passengers would like to think. (I am sorry to say that it actually seemed to be quite a common experience, and that Air France was frequently identified as the culprit.) I can accept, however, that these things happen and that was the least of my issues with the whole sorry saga.

My gripe is with the way the whole situation was handled and so begins with what occurred in the queue at the baggage desk. It seems that, despite their widespread use elsewhere in the world, the Tunisians have not learned about single customer lines and still practice the grocery store checkout approach. While this may make no real difference in the total time customers spend in queues, it can make an enormous difference to individual customers. If you have a dissatisfied or angry customer seeing people who lined up after them being served before them is certain to stoke their anger. This is exacerbated if, as I experienced, people ignore the lines altogether, push the front and still get served!

You may say that this has nothing to do with Air France, since they played no part in the baggage claim process. However, I beg to differ. Air France proudly publishes 8 commitments – the first of which is, “Always at your side.” Thus if they are totally committed to this, they would liaise with the Tunisian authorities to ensure that there are proper lines. After all, tourism is a primary industry and the Tunisians presumably want to encourage it. Thus they don’t want to give people arriving in the country a bad initial impression, especially if they are starting on the wrong foot with lost luggage, which is distressing. You do feel naked.

Similarly I was actually shocked to learn that I was expected to return personally to collect lost luggage. Even worse, you apparently have to keep returning if you haven’t received it and want to keep checking. I can understand that this may be for security reasons, but again there must be other means of maintaining security without introducing such draconian measures which are actually punitive as they are costly and inconvenient. In my case it was impossible to return to the airport during business hours, but what if you are travelling further within the country? Once again I would expect Air France to do their best to negotiate an arrangement with the authorities that ensures their passengers get the service which they are promised.

That is what prompted my initial need to talk to the Air France representative. I found my conversation with “Ms Jobsworth” annoying, not because she couldn’t help me, but because of her disinclination to try to help me. For me as a customer, she is a representative of Air France, not a ticket office. Her attitude indicates a complete lack of employee engagement and is precisely the kind of issue that should make employee engagement a more pressing issue for any executive. It goes deeper than that, however, as it shows a mentality that is driven by the job description rather than an accountability to help. This lady effectively sees herself as being employed by “The Ticket Office” rather than Air France. Naturally Air France do not see it that way and the representative we subsequently dealt with apologised for Ms Jobsworth’s behaviour and said it was not what was expected of Air France employees.

Unfortunately, such attitudes and behaviour are not uncommon. Indeed they were further illustrated by the difference in service I received from the Customer Service desk in Paris and the service I received from the baggage claims officer at Manchester Airport. The former did only what she thought was expected of her, whereas the latter, who was not even an employee of Air France, went “the extra mile.”

Air France is perhaps unfortunate but this experience is a case study for behaviour that is widespread. And to create service heaven and minimise the likelihood of such things happening in your organisation the best way to do so is through employee ownership. An ownership stake in the company ensures employees become more engaged and more likely to identify with the organisation rather than becoming the rigid sticklers they otherwise become. And my employee ownership model offers the most cost-effective way of achieving this.

To be fair to Air France they have been prompt in processing my claim and agreeing compensation. Even here, however, the repayment is:

That’s all very well, but it broadcasts a message that the customer experience is not actually their primary concern and implicitly contradicts their service commitment that they are "always by your side." The 2000 additional air-miles they consider a generous alternative is a non-tangible, indefinite and perhaps even ultimately non-usable. It is a gesture that in no way compensates me for the money I am out of pocket! 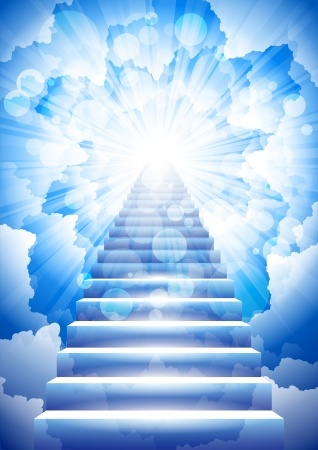 Fortunately these negative experiences were offset for me by the contrasting good service I received, elsewhere, and not least the front desk at the Novotel hotel. They were always friendly, courteous and extremely helpful. They agreed to help me try to get my luggage returned and persevered with chasing the baggage office at the airport right up until we finally went there ourselves. I received courtesy toiletries immediately upon my “naked” arrival and they were quick to ensure that I had what I needed to bind up my “wounds.”

This service mentality was reflected in many of the shops we visited. The one shoe-shop had nothing in my size, but the owner personally escorted me to another shop that he thought would be more likely to have the kind of shoe I was looking for (an 8 minute hobble!) Just imagine how universal such service would be, if it was everybody’s business!