Employment is a transaction, a contract, an exchange.

Of course we all expect to be paid for our work. That is just a fact of life. We all have to keep a roof over our heads and food on the table and for all but a fortunate few that means we have to work to do so.

He is almost entirely right in this. Therefore he is probably also right in challenging the use of the phrase “discretionary effort” that “creeps into so many definitions of employee engagement.” His argument is that people do whatever it is they do in this regard for some other personal reason. Yet doesn’t that, paradoxically, validate the concept of emotional engagement? 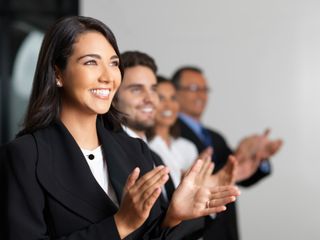 And have we not already recognised this by referring to efforts to build employee engagement as "winning hearts and minds"? Surely to be engaged you have to emotionally committed to what it is you are doing? If so, then any effort to define a level of transactional engagement is a futile exercise. You already have a name for this. It is called competency. Isn’t it? And you only start to measure competency as a level of engagement when performance regresses; something which can happen when people become bored with their work – either because they are over-qualified for what they are doing or because they have been doing it for too long (which may arguably be the same thing.)

In any event, this whole debate shows just how futile efforts are to find a perfect definition of employee engagement. That is not to say you do not need to inspire a more engaged workforce. But for me the issue begins with the premise that we work because we have to. If you start from that premise you are doomed before you begin. Why? Because work is a part of life. If you are working only to earn then you are not making the best of your life.

To be fully engaged your work has to be integral to who you are; it has to be fulfilling. If it isn’t - if you don't have work-life integrity - you are basically wasting your life. Consequently, the real challenge in creating employee engagement is to enable your employees to be the best they can be – as a complete human being. So the key is simply to make your employees feel human! Isn't that what winning hearts and minds really means? Yes they still need to earn, but if they feel fulfilled and that what they are doing has a purpose, then they will feel more human and be much more likely to be engaged.  You can do that. Can’t you?

Square wheels and the secret of continuous improvement

Have you ever seen a vehicle with square wheels?

When I was about seven or eight I was taken to a motor-cycle rally with motor-bikes with square wheels. It was the funniest spectacle and had the crowd weeping with hysterical laughter, although with the benefit of maturity and experience, I can only think that it must have had the riders weeping for entirely different reasons!

Now for some reason I recently found myself remembering the experience and chuckling at the recollection. What brought it to mind I have absolutely no idea, but as I reflected on it, I realised it was a wonderful lesson.

Would you think of putting square wheels on your motor-bike or car? Of course you wouldn’t. The very idea seems insane - unless it was for a fun exercise like this one. It is the very insanity of the idea that makes it so funny. And yet there are times when we witness – or even do - things that could be analogous to using square wheels.

Perhaps a good example of this was the recent UK budget when the Chancellor of the Exchequer introduced a number of ill-conceived measures that he has subsequently been compelled to revoke. Why, you ask, is this like a square wheel? Well, it is symptomatic of what I call “nickel-and-diming” management; what is possibly more often identified as “a lack of joined-up thinking.” Unfortunately it is a pattern that is perhaps far too common in both political and commercial management.

Here you have the Chancellor justifying what he is doing by saying that he is trying to simplify the tax regimen. But because these efforts result in a decrease in tax revenues, he is compelled to find other sources of tax to offset that loss in order to “balance the books.” Thus he ends up contradicting his own stated objective; increasing complexity; annoying the people affected and having to reverse his hasty efforts because of the unforeseen consequences of his proposals.

It is easy to mock but how different are your commercial management initiatives? Think about the cost cutting measures; the redundancies and the “back to basics” campaigns that permeate much of your strategy. How different are they? Don’t they all point to a lack of seamless thinking?

Any effort to address a particular aspect of your operation could effectively be said to be retreading one side of the wheel and so creating, developing or perpetuating a square wheel. It is like squeezing a balloon; if you grip one end the air or problem simply moves elsewhere. Thus to be an effective leader you have to see your organisation as a continuous whole – as a round wheel – and manage it as such.

And of course that is something that you are really trying to achieve with your continuous improvement initiatives. However, in order for these to be successful, you have to recognise it is not your efforts that will enable this. It is simply a case of letting your people get on with what they have to do with clear objectives, clear values and a clear understanding of their role. Letting them roll, so to speak.