The Foundations of Trust

Is it serendipity?  I cannot claim it as anything else but the debate raging about the big city bonuses certainly is convenient for me, following as it does my last posting about disappearing trust, its destructive consequences and the need to rebuild it.

After weeks of political arguing, with the banks defying public opinion and political demands to maintain their right to pay their executives their bonuses, the chief executive of the Royal Bank of Scotland has volunteered to forego his million pound bonus. Yet, this is still not the end of the matter. This is just one man, and the fact remains that there are many others, in that bank and others, who are contractually entitled to similar or bigger bonuses. Now the papers are full of headlines like the one in today’s Times newspaper, “Business tells ministers to back off on bonuses.”

Of course there are a number of different factors at play here which make this a fascinating topic for debate. However, the fact is the law is on the side of the bankers. They are contractually entitled to their bonuses and as such are within their rights to claim them. In which case:

• Does foregoing them mean that:-

o They are being blackmailed or coerced into their decision; or
o They recognise their inappropriateness in these tough economic times?

• Does not foregoing them mean that they are:-

No doubt you have your own thoughts on the matter, and I am not going to argue either way!

All I am going to ask is that you think about the ethics of getting into this situation in the first place. Ask yourself if it is just or morally right that:-

• A select few can be entitled to performance related rewards that are equivalent to 4-5 times the price of an average home, or more?
• These people can earn percentage bonuses so that are so far out of kilter with the percentage bonuses that any other employee can earn? (Remember, their proportionate contribution is already recognised and accounted for in the fact that they earn a higher basic salary to begin with.) 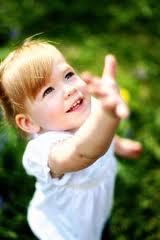 Whatever you think you will possibly better understand my point that laws proliferate when we lose sight of principles. It is not just jealousy and majority outrage that creates the forces that are leading governments to try to legislate against such “excessive” earnings.  And you know as well as I do that any attempt to legislate will result in greater efforts to flout them and greater costs to try to enforce them – all part of the problem of excessive government that got us into the current economic mess in the first place.

And if you agree that this is a state of affairs is immoral and unethical then you will understand why I say that it is also part and parcel of the reason that trust is breaking down. Certainly that is the perception of the vast majority. That being so it has to be one of the things that has rectified if you want to rebuild trust, engender employee engagement and enhance organisational and national productivity.

So are you going to work with me to help rebuild these foundations?

Averting the disaster of Dystopia

With a luxury liner capsizing in the Mediterranean (of all places) this week nothing looks safe any more. Thus the 2012 World Economic Forum Global Risk Report is well timed. It does not, however, make for happy reading.

While you may not find this surprising in the current gloomy economic climate, you might be surprised to learn that the first risk case the report describes has the heading “Seeds of Dystopia.” However, I don’t think so. As Lee Howell, the Managing Director of the World Economic Forum says, “For the first time in generations many people no longer believe that their children will grow up to enjoy a higher standard of living than theirs."

It is particularly disturbing that this is in the industrialised countries that historically have been a source of great confidence and bold ideas. Of course you could take some comfort from the fact that this conclusion is from a survey of only 469 global experts. However, I am suspect you are more likely to agree because it probably mirrors your own feelings. Especially in light of the chronic problems with government finances they identify as a key risk.

Would you be surprised, however, to learn that the second prevalent risk leading to this conclusion is “severe income inequality”?

If you have been paying any attention to the “Occupy Wall Street” protests you shouldn’t be. While there appears to be a consensus amongst the press to give these as little publicity as is possible and to depict the protestors message as unclear and confused, these protests are a symptom of the malaise and the sense that things need to change. I have no doubt that this income disparity is one. That is why I love this Dilbert strip.

However, rather than focus on the problem, I have been working very hard to find a solution. And I am convinced that the new employee ownership model I propose, that makes all employees co-owners of the organisations where they work, provides the core of the remedy. Amongst other things it will:-

This may not create Utopia but it will certainly go some way to stop sowing the seeds of Dystopia that these experts are predicting. So how about giving it a chance? 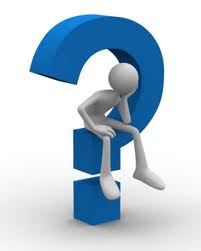 Do you ever ask yourself if anyone really cares?

Although I try to avoid being cynical and to give the benefit of the doubt a recent experience almost convinced me that no-one really does.

It all started when I found a late payment and interest charge on my credit card statement. I was concerned as I knew I had paid in time. However, I checked my bank statement to make certain. Sure enough, the payment had left my account 4 days before the payment was due.

Naturally I phoned the credit card company who told me that there was nothing they could do. The the charges would stand, because my payment was a day late! I tried to reason with them, but they told me that I must sort it out with my bank.

So I phoned my bank. Guess what they told me? You’ve got it! They had paid the money when instructed. It was the credit card company’s fault it had not been credited in time and not their’s and thus there was absolutely nothing they could do!

However, after speaking to them I paid that month's balance. As it was about due and I didn’t want a repeat performance, I requested a fast payment to eliminate any risk whatsoever. They told me the money would be in my credit card account in 2 hours.

The next day, I phoned the credit card company to check my balance and they told me that they had not received the money. It was now too late for regular payment and so the only way I could be sure to avoid another late payment penalty was to pay immediately, over the phone. I duly did, on the understanding that I had to phone for a refund (yes – I had to phone!) once the original payment had been credited.

When I did later I learned they had still not credited the payment. Annoyed, I insisted upon a three way conversation to find out why. This established that my bank had failed to include the credit card number with the payment – something that:-

Powerless I checked a few days later and found they had still not received my first payment. So I went online and found my bank had reversed payment the day after. Yet no-one ever notified me about this! Surely as a customer that is the least I can expect when:-

Conspiracy theorists and anti-capitalists could have a field day with this!

Leaving that aside, however, the whole story illustrates perfectly how disengaged people are in their work. Why?

Now the really sad thing about all this is that I don’t suppose my experience would have been any different if I dealt with any other bank. Yet how different the experience might have been if: 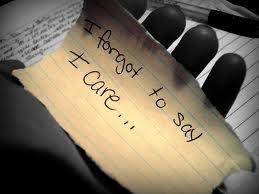 The question is, “Have you fallen into this trap? Has your organisation?”

If so, you know what to do about it!

The Importance of Employee Engagement: Why it REALLY matters

You know that people matter. Any business leader knows that.

Unfortunately the pressure to constantly improve performance and deliver better results makes this one of the first things that many – perhaps even the majority - of business leaders forget. You see, while you know the importance of people at an instinctive, intellectual and intuitive level, it is not something you consciously think about. And there is very little to reinforce the concept or that compels you to think about it. So when the pressure is on, you make people secondary.

That is why I find the diagram below so useful - and you will too.

It illumines the connection between tactics and strategy and highlights the fact that the further into the future you project the greater will be your degree of uncertainty. Strategy is effectively your vision of the future you desire while tactics are the steps you need to take to achieve that vision. Thus the route you take will only ever be a straight line if you control every possible eventuality that will shape the success of your strategy. However, you can never control or unilaterally manage events, circumstances or situations. Consequently, the further into the future you project the less control you have and the more susceptible you are to these external factors. So the more variables there are, the more options you have. And the more options, the more your responses are likely to vary. Thus the greater your uncertainty will be, and the greater the risk that your strategy may not succeed. 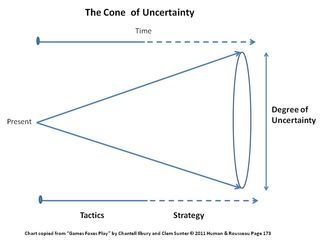 Of course you cannot deliver a strategy entirely on your own. In fact you cannot even deliver the tactics on your own. And the larger your organisation the more people you will need to execute your tactics and thus the more people you depend on to realise your strategy.  So you don’t need to be a rocket scientist to recognise that the more your people understand, agree with and are committed to your strategy, the more likely they are to act appropriately when unforeseen events happen and thus the more likely you are to succeed in your strategy.

Hopefully you can now better understand why - in a world of incessant and rapid change - you need to make employee engagement your number one priority. Your tactics, strategy and ultimate success depend on it.