The issue of bankers' bonuses is making headlines again. The banks, even the ones that were bailed out and are effectively owned by the taxpayer, are making profits again. And that means that once again bonuses are being lined up. Great for those that get them, but still an emotive issue for the rest of us - not least the government, who are making headlines with statements threatening to reduce or stop them.

The problem is that neither the government nor the bankers talks about value. 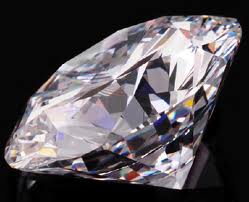 For the bankers the issue seems to be one of entitlement. Their response to threats of government action includes such statements as:

The implications here are obvious - that these people will feel victimised and so relocate banks to other countries where there are no regulations regarding the size of pay packets.

What if the customers decided whether these bonuses should be paid? The general consensus from the man in the street is "that the banks are all the same" and the service definitely leaves a lot to be desired. Only this last week I heard the case of a chap who has requested a statement for his savings account for the third time. Annoyed that he should have to ask three times, but he was even more annoyed by the fact that, despite having to spend 10 minutes each time on the phone answering security questions and being told the calls might be recorded, they had no record whatsoever of the previous two calls! The trouble is that stories like that are legion. The government finds a willing audience because we don't believe the bonuses are merited.

So what is the solution?

I still think it is lies in greater employee engagement and that in turn is created by greater employee ownership. Then you can do away with discretionary bonuses and share profits equitably amongst those who do the work and provide the service. That would help make value pervasive and salaries can be fixed accordingly. This would end the perception that bonuses are a gravy train for the big boys and stop them being a lightning rod for political agitation - or industrial action. It is about value, isn't it?

Trust: Why You Need It and How To Build It Don't take my word for it. No less a luminary than Peter Drucker implied this when he wrote, "Organisations are no longer built on force. They are increasingly built on trust. Trust does not mean that they like one another. It means that people can trust one another. And this presupposes that people understand one another." (Management Challenges for the 21st Century: 1999)

The theme was taken up more recently in the 2009 Business Week article "Trust: Effective Managers Make It a Priority."  I don't know what you think, but I certainly consider the headline "Lack of trust leads to dysfunction" to be stating the obvious. However, while the solution for building trust should seem equally obvious, you do not see it widely evidenced.

How many business leaders do you know who "don't think I. They think we"? You may think you are doing pretty well on this front, but you are not the judge. Your people are best placed to assess your performance. And with employee engagement surveys suggesting deteriorating employee engagement and other the other surveys quoted indicating "that less than half of workers trust what senior management is telling them" it would seem you are a lot further away than you would like to think.

So how do you shift perceptions and transform corporate culture from "me" thinking to "we" thinking? Again the answer seems obvious: do more to create shared values. And, the easiest way to this is to make all employees co-owners of the business, as I am sure you will agree. Perhaps, however, you are stumbling over that preposition "all." How do you make all your co-workers co-owners, and in such a way they retain their ownership and act like owners?

Well, I invite you to contact me about that. My model for employee ownership offers you that capability:

It's up to you if, as a business executive, you want to take up this offer. I just know that if I were you I would be very excited at the possibilities and asking myself why on earth I wouldn't consider it. Seriously, can you think of any reason why not? I cannot.

What is "fair pay" and how do you achieve it?

In May 2010 UK Prime Minister, David Cameron, appointed the economist and former editor of The Observer and Chief Executive of The Work Foundation, Will Hutton, to lead an inquiry into cutting top public sector pay. This past week saw Hutton publish the Interim Report of the Fair Pay Review.

The key issue, and the subject of newspaper headlines, has been his proposal for a maximum pay multiple of 20:1 i.e. a rule that executive pay should be restricted to no more than 20 times the median wage. Interestingly, however, the report itself is not definitive about the 20 times limit and in fact refers to "a maximum multiple pay limit, such as 20:1". (My emphasis. In fact that number was apparently set in the brief.)

This is an interesting caveat. The concept of maximum pay multiple is hardly new. Indeed, I understand it was one of the factors that underpinned the initial success of Ben & Jerry's ice-cream. The rate is therefore more likely to be controversial than the principle, although there will be many who claim that is undemocratic.

Yet this is surely an issue for our times. And, nor, as indeed the report implies, can public sector pay be addressed in isolation. Chief executive pay for the FTSE 100 in 2009 was 88 times the UK median earning, (up from 47 times in 2000.) This makes senior public sector pay increases inevitable. And society as a whole cannot afford this kind of discrepancy. Forget about trying to win employee engagement; this is the stuff of revolution.

It is not just a question of fairness and equity. Ask yourself, "Is a pay differential of this magnitude economically justifiable?" "Is any one person worth that much more to your business?" In today's fast-paced world, somebody at the lowest level in the organisation can bring an organisation to its knees just as easily as the guy at the top. If you doubt this, just look at BP!

It will be fascinating to read the final report. As a business leader, however, you should be considering these issues now. Your competitive advantage will come from setting the pace, not following the pack!