Whose Head is in the Clouds? 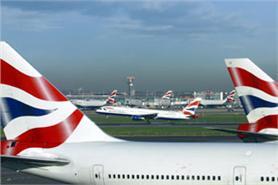 I don't know about you, but industrial disputes just slay me. However you look at it, a business, by definition, is a group of people working together for a common goal. These people, with no coercion or compulsion, have come together for mutual benefit to fulfil a specific purpose. So, how can any business reach the kind of impasse where people feel compelled to abandon their jobs and take strike action?

Nowhere is the sheer lunacy of the situation more blatantly demonstrated than in the current situation at British Airways, where cabin crew have voted for a 12 day strike at the busiest - and the company's most profitable - time of the year, jeopardising the holiday plans of an estimated 1 million customers. For any outside observer the situation is absolutely flabbergasting.

I have no more information about this strike than any other newspaper reader, and clearly there are some major issues at stake here for the situation to have escalated to such an extent. Even so, one cannot help feeling that a little bit of reason would go an awfully long way to eliminating the deadlock. As such I feel like any parent trying to resolve a fight between their children - unable to get to the bottom of things and simply wanting to knock heads together.

On one hand you have Willie Walsh, the CEO, reported in the newspapers as saying, "This just proves to me that the unions just do not understand just how difficult things are." On the other hand, even allowing for the company's legal challenge on the validity of the poll, you have somewhere in excess of 80% of the employees involved voting to take action that, if it goes ahead in the manner they are threatening, could very well jeopardise the entire future of the company.

One assumes that the people voting are reasonably intelligent so, if this is not brinksmanship of the most cynical order, it suggests that they perceive having no job at all as preferable to making the sacrifices they are being asked to make. Thus one could counter Walsh's logic by saying that, "Clearly he does not understand just how galling the company's offer to its employees is."

So who has their heads in the clouds? Each party clearly thinks it is the other and I would say that they are both right!

Whichever way you look at it, the crux of the matter appears to be a complete lack of effective communication. If the employees don't understand how bad things are, as Walsh says, then surely he is at fault for not communicating it better. Similarly, if the employees cannot get their concerns across by any means other than the threat of strikes, it is once again a communication issue.

Poor communication is, however, the non-thinking person's answer that always gets the blame for everything, when it is really a symptom rather than a cause. Thus simply improving communication would not do a great deal for the current situation, and certainly would not prevent further industrial conflict in the future. The real problem is an obvious lack of organisational alignment. And that is itself a legacy of traditional command-and- control management. It is evident that - at the end of the day - Walsh expects his employees to do what he tells them. Clearly that is never going to happen, and so the games will continue.

It is time to break the deadlock, and that requires coming back to earth and finding a new approach.

You just have to love it when you come across something that saves you a whole lot of effort, and I experienced that this week.

I came across the BBC Radio 4 In Business Programme "Unlimited Company" which reinforces my message to such an extent that I barely need to say a word. So I invite you to listen for yourselves and see why the Zealise solution really does offer a new model for employee ownership that will help improve both commercial and economic efficiency and reduce the problem of "detached shareholders."

Thank you BBC for some real value for my licence fee!